Baby sleep cycles, the most important thing to know about baby sleep

Your baby is unlikely to simply grow out of night wakings. Baby sleep cycles explain why. 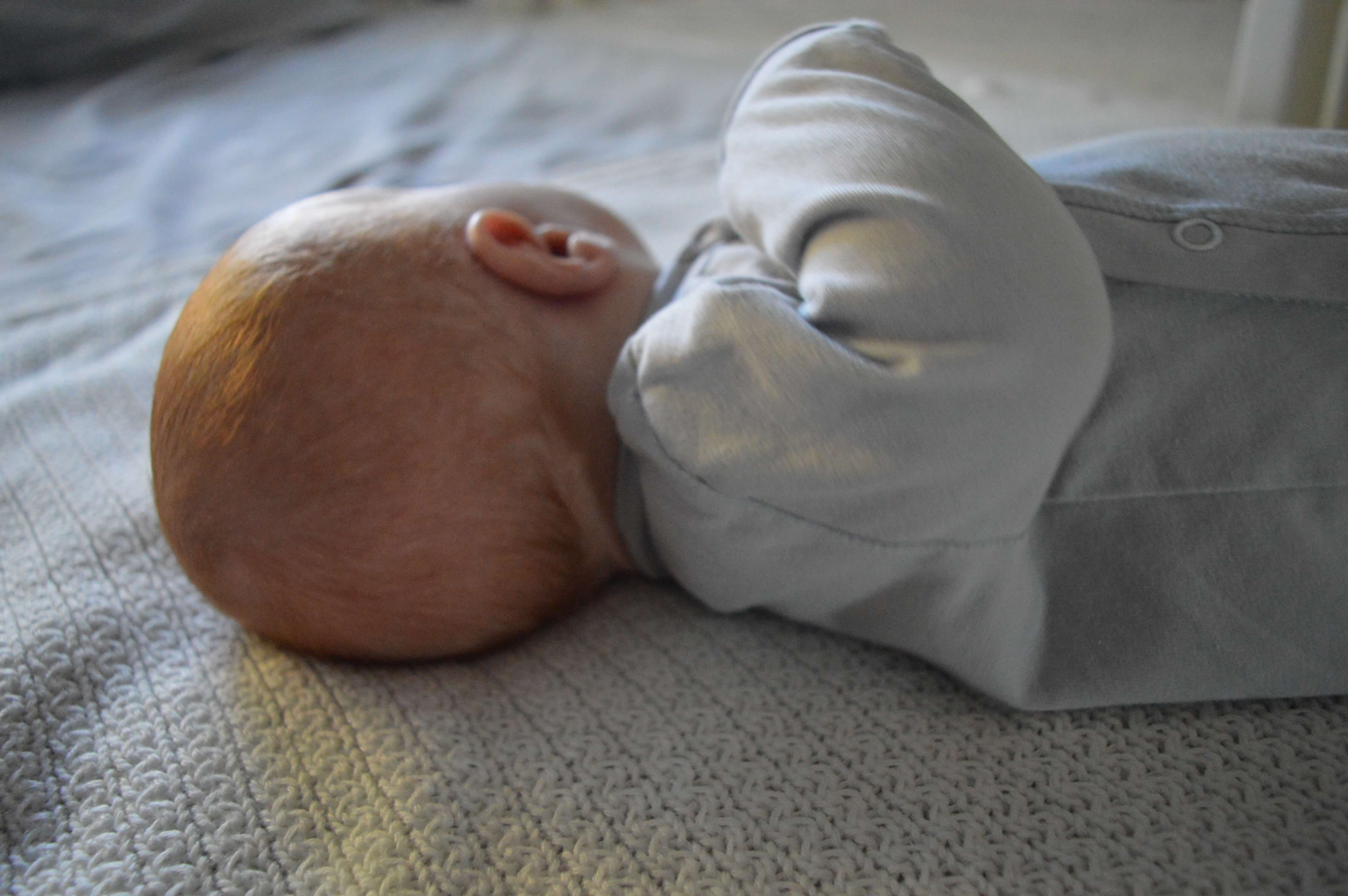 You have likely heard about baby sleep cycles. This article will help you truly understand what they are and what they mean for your baby’s sleep – and knowing this could be key to restful nights for your family.

Let’s look into the science first.

Human sleep is regulated by 3 physiological processes: the homeostatic, circadian, and ultradian drives.

Homeostatic drive, also called sleep pressure, makes us progressively sleepier the longer we stay awake and less able to stay asleep the longer we sleep. If it were the only process regulating our sleep, we would have a really hard time staying awake in the evening and have trouble sleeping in the early morning hours.

What helps us is the circadian drive, also known as our biological clock. Regulated by the hormone melatonin, it works in opposition to the homeostatic drive and makes us more wakeful as the day progresses and sleepier as the night goes on. The balance between these two drives allows adults to function on a 24-hour basis by having about 8 hours of consolidated sleep at night and staying awake for about 16 hours during the day.1

Finally, we have the ultradian drive which creates the rhythm between the phases of sleep. During non-rapid-eye-movement (non-REM) phase of sleep, our bodies and minds rest quietly and restore. In REM sleep, our physiological systems are more active; this is when we experience most of our dreams. As the night goes on we cycle back and forth between periods of non-REM and REM sleep, completing sleep cycles. A sleep cycle of an adult lasts about ninety to a hundred minutes.

But in the first four to six months, babies sleep differently.2 What happens in those early months?

Week 1: Baby received high levels of melatonin from mom before birth. This melatonin keeps him extra sleepy most of the day and night.

Weeks 2–12: After the first week, the borrowed melatonin has dissipated and “day-night confusion” often sets in: baby begins sleeping in short stretches around the clock or sleeps more during the day than at night. His circadian rhythm has not yet developed, so he goes to sleep when he’s tired and wakes up as soon as his drive to sleep diminishes, taking naps at all hours.

Between 6 and 12 weeks baby begins to make melatonin himself, but the levels are still low.3 His developing sleep rhythms may not be in sync with each other: waking and sleeping states may overlap, be incomplete, or switch rapidly. Wakeful but tired, baby may cry a lot. Some researchers believe that immature sleep rhythms and the resulting tiredness are one of the major reasons for the inconsolable crying we know as colic.

At this age, when your baby goes to sleep, she spends the first ten minutes or so in lighter REM sleep and then enters a stretch of deep sleep. This is why a baby who falls asleep in your arms may wake up if you attempt to shift position or put her down right away.

At the same time, your baby is quickly developing an ability to sleep longer stretches. This consolidation of sleep is intrinsic: it is biologically determined in all human babies. The numbers are consistent across studies: the longest sleep period, on average, is 3.6 hours at three weeks, 5.2 hours at eight weeks, and 6 hours at twelve weeks.4-6

Weeks 12–16 (3–4 months): Baby’s melatonin levels are now high enough for a clear circadian rhythm,3,7,8 ending the day-night confusion. The longest sleep period shifts to nighttime and can be as long as six hours.4,6 When baby goes to sleep, she now enters a stretch of deeper non-REM sleep right away and overall spends much more time in deep, quiet sleep than she did in the early weeks.9 Her sleep cycle is now about 40 minutes long. If you had special equipment and could watch your sleeping baby’s brain waves as scientists do in the lab, you would now see patterns called sleep spindles and K-complexes. Your baby has completed the transition from neonatal to infant sleep.9

After 16 weeks (4 months): At this point, there are no more biologically determined big changes in baby’s sleep! Baby’s longest sleep period stops lengthening on its own and remains at four to seven hours.4,6 Similarly, the typical number of night wakings stays at two to three per night.10

The homeostatic and ultradian drives do continue to mature, slowly, through toddlerhood and beyond. Homeostatic sleep pressure will begin to build and dissipate more slowly, leading to a lesser need for daytime naps; because of this, babies stop napping at some point between three and six years old. As the ultradian drive matures, the length of baby’s sleep cycles will gradually increase from 40 minutes to 90-100 minutes by school age.11 But overall, once a baby develops distinct sleep cycles and consolidates most of her sleep into nighttime — usually by 4 months and almost always by 6 months — her sleep biology will remain fairly constant throughout her life.11,12

Take a look at the chart below. It shows a sleep pattern of a child I will call Eva. On this typical night, Eva fell asleep just after 7 p.m. If you follow the black line, you will see that Eva slept deeply until around 10 p.m. She woke up around 10:30 p.m., tossed and turned at around 1 a.m., woke again at 2 a.m., and tossed and turned at 3 a.m. and 5 a.m. She then had another period of deep sleep and got up for the day around 7 a.m.

Typical night sleep of a child. Common wakings are marked with stars, but the child might also wake up during each period of REM sleep. (Adapted from (13) and (12) - see references below.)

Can you guess how old Eva is? Yes, she could be 6 months old — or 6 years old. Her biological sleep pattern has been in place since she was a 4-month-old baby.

(This new biological sleep pattern - one with brief wakings after periods of REM sleep - is one of the major reasons for the 4-month sleep regression!)

You might wonder: Eva woke up twice, yet, she could be 6 years old. How come she is still not sleeping through the night?

Sleeping through the night

But is there such thing as sleeping through the night in the first place? Not in the "sleeping continuously in one, long stretch" sense. All of us, babies and adults alike, tend to wake briefly after a stretch of REM sleep and become more aware of our environment. If all seems well, we turn over, peacefully return to sleep, and most likely don’t recall this brief waking when we get up for the day.

Interestingly, this was not known until the late 1970s. By videotaping babies, Dr. Thomas Anders and his research team were the first to discover that all babies wake up at night, even those who, according to their parents, “sleep through.”5,14

You see, night wakings themselves are not a problem and are completely natural. Most restless nights are due to difficulties getting back to sleep after waking, not the waking itself.

Baby’s natural ability to sleep for long stretches develops quickly over the first few months, but does not improve much afterward. Sleeping for longer than 4-7 hours becomes possible not because of a change in sleep structure, but because baby is now able to go back to sleep on her own, smoothly connecting her sleep cycles.

It’s often extra difficult to soothe a baby back to sleep during the 5 am waking. This is because she has already had a good amount of rest and her homeostatic drive to sleep is no longer strong, so she may wake fully and want to get up for the day. However, this waking could be followed by another hour or more of deep sleep,13 just like in Eva’s example. Getting up before 6 a.m. may rob baby of deep, restorative sleep.

So, night wakings are also not something your baby will simply grow out of. All babies wake up, but some go back to sleep on their own as they transition between sleep cycles, without waking us. Because of this, there is no point in trying to prevent night wakings. Instead, we need to support our babies in returning to sleep after a waking— something you’ve probably heard about as “self-soothing.”

The term “self-soothing” may sound negative to you, as seemingly implying that instead of actively comforting an upset baby, the caregiver leaves the baby to his own devices. I wholeheartedly agree that babies should not be left to “self-soothe” from a place of distress. However, a baby who woke between sleep cycles may be tired, but not necessarily in distress or even upset. Most babies make at least brief attempts to calmly return to sleep on their own when they wake up when they are as young as 1 month old.6,7,15

Do you want your baby to self-settle? I think most, if not all, parents do, regardless of their sleep arrangement. Whether your baby sleeps with you or on his own, his ability to self-settle during those wakings when he is comfortable, but still tired and in need of more sleep, is what will bring more sound sleep to both of you.

It will also bring you peace of mind. When you know your baby is capable of self-settling and you hear him calling out, you won’t have to lie in bed listening and guessing whether you should go to him. If he calls out, you know he likely has a need greater than his need for sleep. Finally, if your baby knows how to self-settle, when he gets to the point where he is no longer hungry at night, he will “sleep through.”

(Read about our journey to self-settling here)

Guiding your baby toward sound sleep

I truly believe that our role is not to “train” or even teach our babies how to sleep. Rather, our role is to create environments conducive to sleep, build practices that support natural sleep development, and help babies see “this is how we sleep in our family.”

To prepare for sleeping long stretches down the road, you can begin guiding your baby toward self-settling in the early months. As often as possible, give your baby opportunities to experience what it feels like to go to sleep on her own. When she wakes up after a short nap, leave her for a few minutes to see if she goes back to sleep.

Another good opportunity is putting your baby to bed while she is awake. Many books and online resources recommend “drowsy but awake”, but the problem is that most parents don’t have a good idea of what that looks like; they tend to wait until baby is almost asleep before placing her into the crib. This can feel jarring, and so baby will likely startle or protest, especially if she is older than a few weeks.

Instead, try putting your baby to bed tired, but completely awake. A good time to try this is after a relaxing bedtime routine on a day your baby had good naps and is settled and well-rested overall.

Gently guiding your baby towards self-settling will bring sound sleep to your family as soon as your baby is ready.

Why do babies fight sleep?